A downloadable game for Windows

Have you ever wondered what a coin does when it falls off your pocket?

Embody a coin and explore a beautiful environment ! You may discover many things to do...

Switch side = E or X

This game was created for the Ludum Dare 44 (https://ldjam.com/events/ludum-dare/44/the-coins-unexpected-adventure)

In fact, you should have dowloaded a .zip file. So you just have to unzip the folder, open it, search for the .exe and double clicked on it. The .exe is called CUA and have a coin logo. I hope this was what you wanted to know, otherwise, I didn't understand your request.

I can't seem to download the game, clicking on download, shows as no compatible downloads availabe, and where the download/install button is supposed to be, it says 'open page'. I am on a windows computer inside the app. I'd like to play this, if there is a way.

To be honest, I didn't know there was an Itch.io app. I think that if you go on the web page, everything should be good (https://kilian-baptendier.itch.io/a-coin-life).  Hope it'll work and you'll have a great time

Well, I thought I would give this project ago as the video looked cool and to be honest, I can't recall playing as a coin ever, never ever bloody ever. The graphics are neat, the control is smooth but the playing area is small but then I realised i'm a damn coin so in all actuality,  it's massive.

I had fun rolling around and thought that was just the aim of the game and I was just about to end my gameplay session and then BOOOOOOOM, I got my first achievement by jumping into a palm tree. Whhaaattttt..

How freakin cool eh! I really did enjoy rollin around, jumpin on the roof and trying to work out the objects?

I did get stuck in the right most golf hole though and had to quit and reload the game but to be honest, I could have played this game for far longer than the video but it wasn't going to happen... I have to cook damn...  tea.

While my pasta and chicken are cooking I can't help wondering "where are the other achievments?" and this is one of those little projects that will grab your interst.

It's a fresh idea which is few and far between these days but .. that's my thought's.

Have a play you lovely people.

For some unkown reason, the game title reminds of this track which is freakin awesome.

We want to thank you for this video (we didn't expect one this soon), the sharing and the positive feedback you gave us. You played exactly as we imagine a lambda player could play, and it's pretty satisfying for us to see you exploring and wondering what each achievement means.
We just remind quickly that this game was made for the Ludum Dare 44 (72h) so there may have loooots of bugs (which can be funnier in a certain way). Thanks again for your feedback, and we hope your tea was tasty. 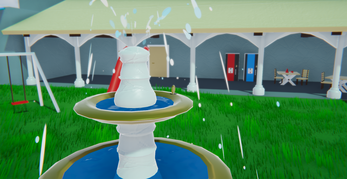 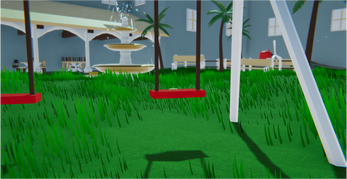 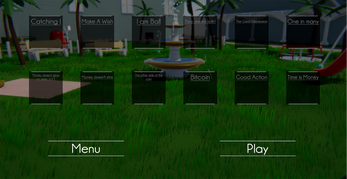